“How do you bring the underwater world alive for young children?” That was the challenge we faced when Karen Goonewardene and I were planning a creative workshop for the children of St Paul’s Steiner School in Islington, North London, as part of the community outreach side of the Sail Britain Coastline Project. 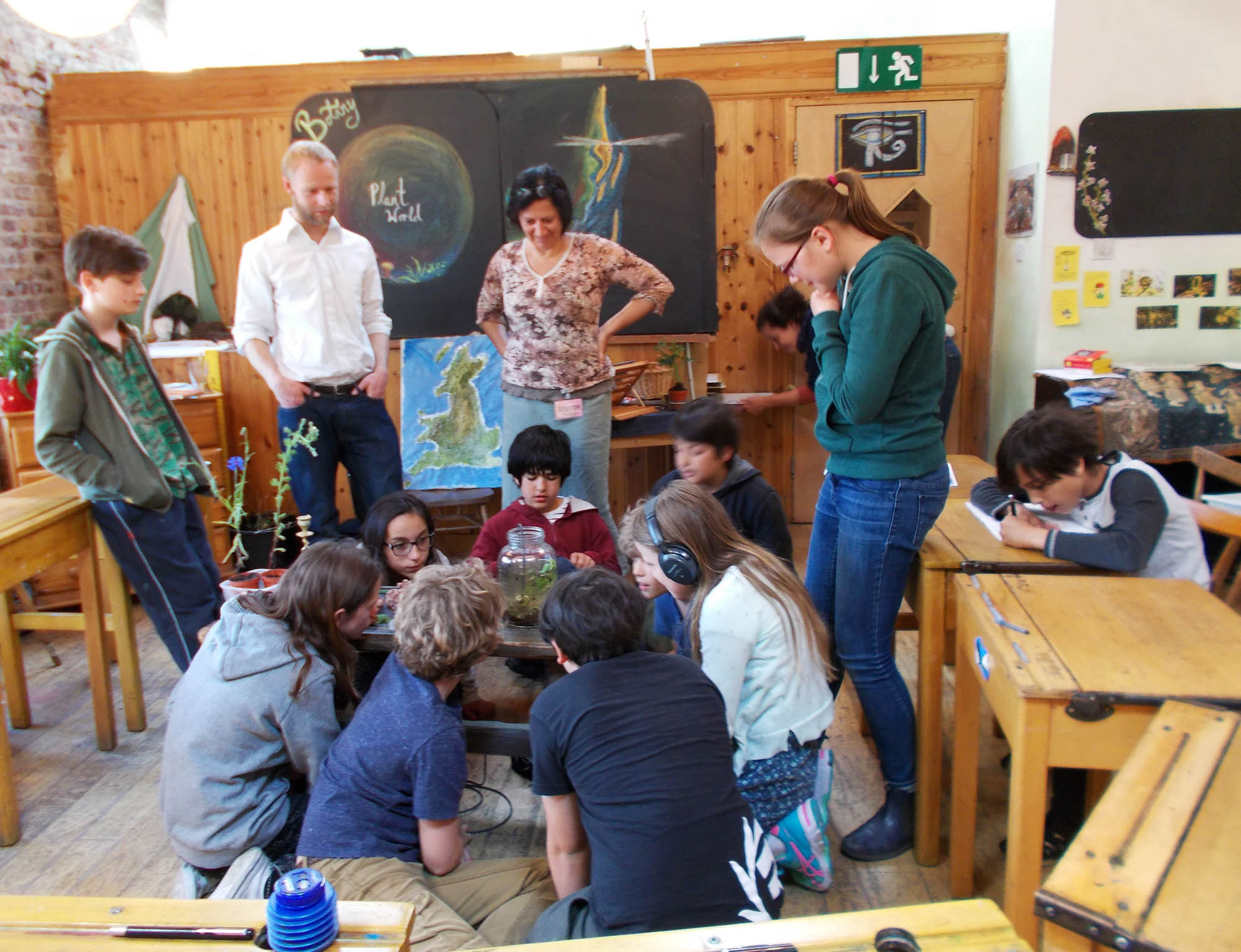 Karen is a contemporary interdisciplinary artist and sailed with us on the East Coast in April. Her hydrophones had opened my eyes – or more accurately, ears – to a whole new world beneath the waves, the tops of which are so familiar to us. When was the last time you thought about what lies beneath the ocean? It’s a blank in our air-breathing mindsets. But with hydrophones, it comes alive. What we heard over the side of the yacht in Harwich Harbour was amazing. I was aware of the issue of noise pollution in the marine environment, it has been implicated in numerous strandings of whales around the coast of the British Isles recently, but I had never heard it first hand.

Noise pollution is a particular problem for marine mammals such as whales which rely upon sound to communicate, to navigate and to find breeding partners and prey. This  simulation by the Monterey Institute for Technology and Education gives a rough idea of just what the ocean might sound like from the whale’s point of view. The racket the little ferry next to us was making made this very evident even on a small local scale. The sound of its engines and propellers was clear, as were the clanking of the chains securing the pontoons and nearby moorings, and further away the thumping of the generators of the vast container ships in Felixstowe docks. Tiny and beautiful, if you listened carefully, were the sounds of the sea itself.

But this is all very abstract for children and it’s not the same hearing it second hand. How could we bring it alive and capture the imaginations of the next generation? The answer was surprising: Tadpoles. 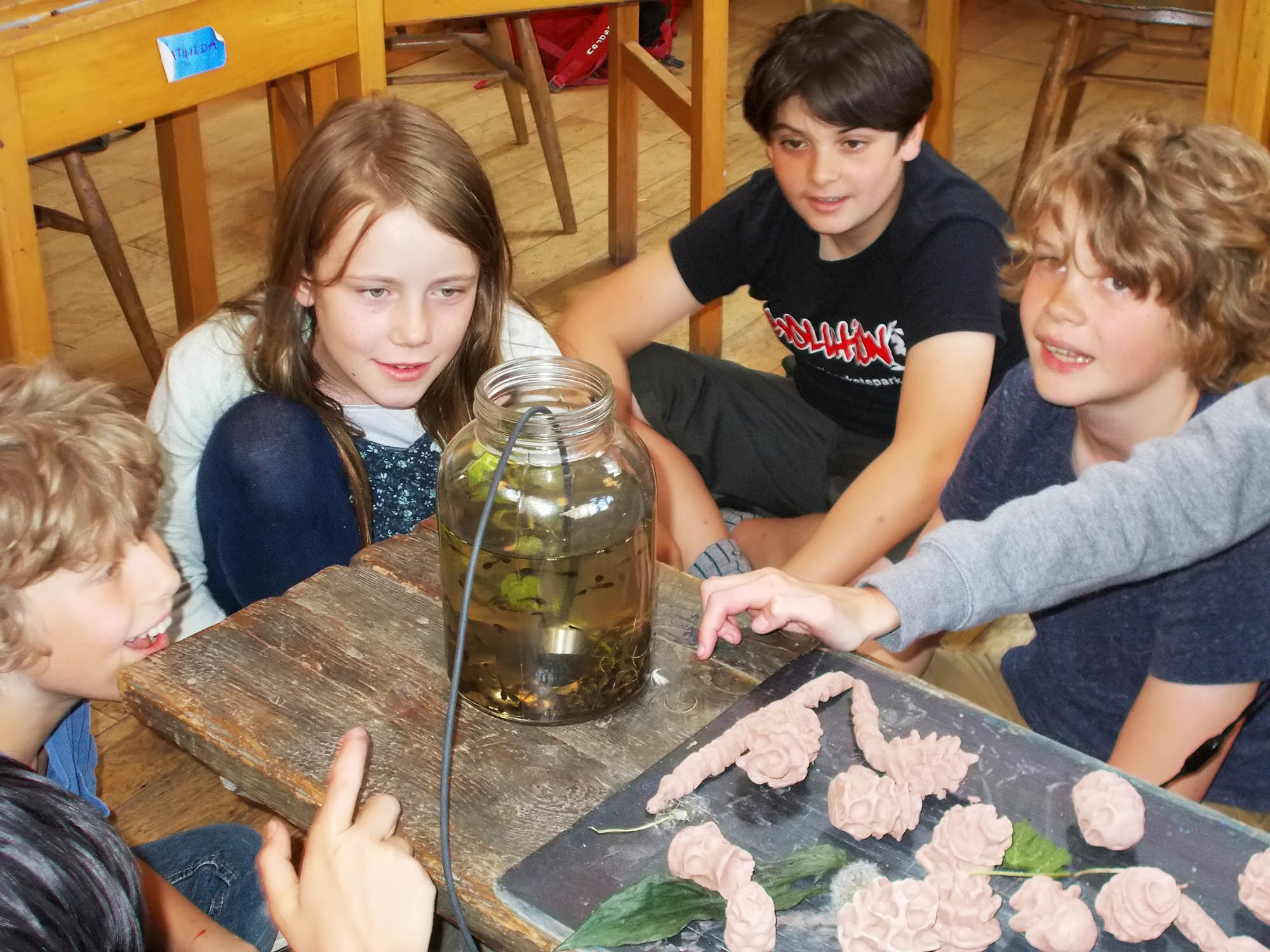 The little creatures swimming in Karen’s pond became ambassadors for the largest animals the world has ever seen. When put into a large jar with plenty of pond weed and with the hydrophones immersed in the water, their munching was very audible, it sounded like they were eating crisps! Gathered round a low table in the centre of the classroom, the children listened, captivated by the experience of hearing a new world which we can see but which we all imagine to be silent. 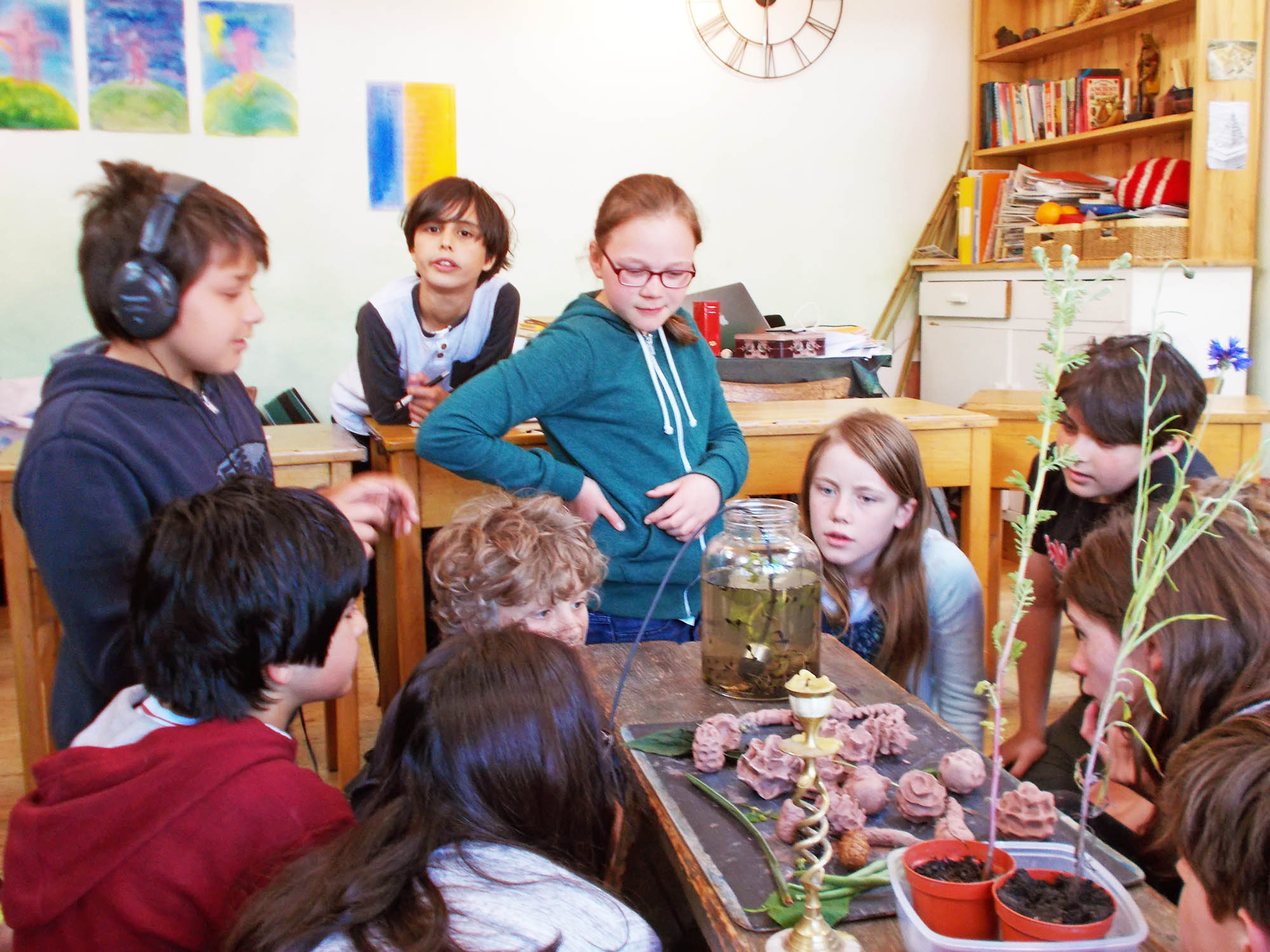 To demonstrate the effect of human activity on the marine environment, I tapped on the table. The young lad wearing the headphones jumped in surprise, so loud was even a little tap on the table compared to the gentle munching of the tadpoles. Some children even said it was painful. Kids being kids they soon started drumming on the table and all the tadpoles fled to the bottom of the jar. This served only to illustrate in no uncertain terms our effect on the marine environment, and the effect noise has on the behaviour of creatures which live below the water.

This was a great experience for the children and one which we followed up with a painting workshop to explore the stories we had told through art and imagination. It was interesting for us to see what they picked up on! Lighthouses and tadpoles featured prominently, as did islands of sand which appear at low tide, only to disappear again as the sea comes in… 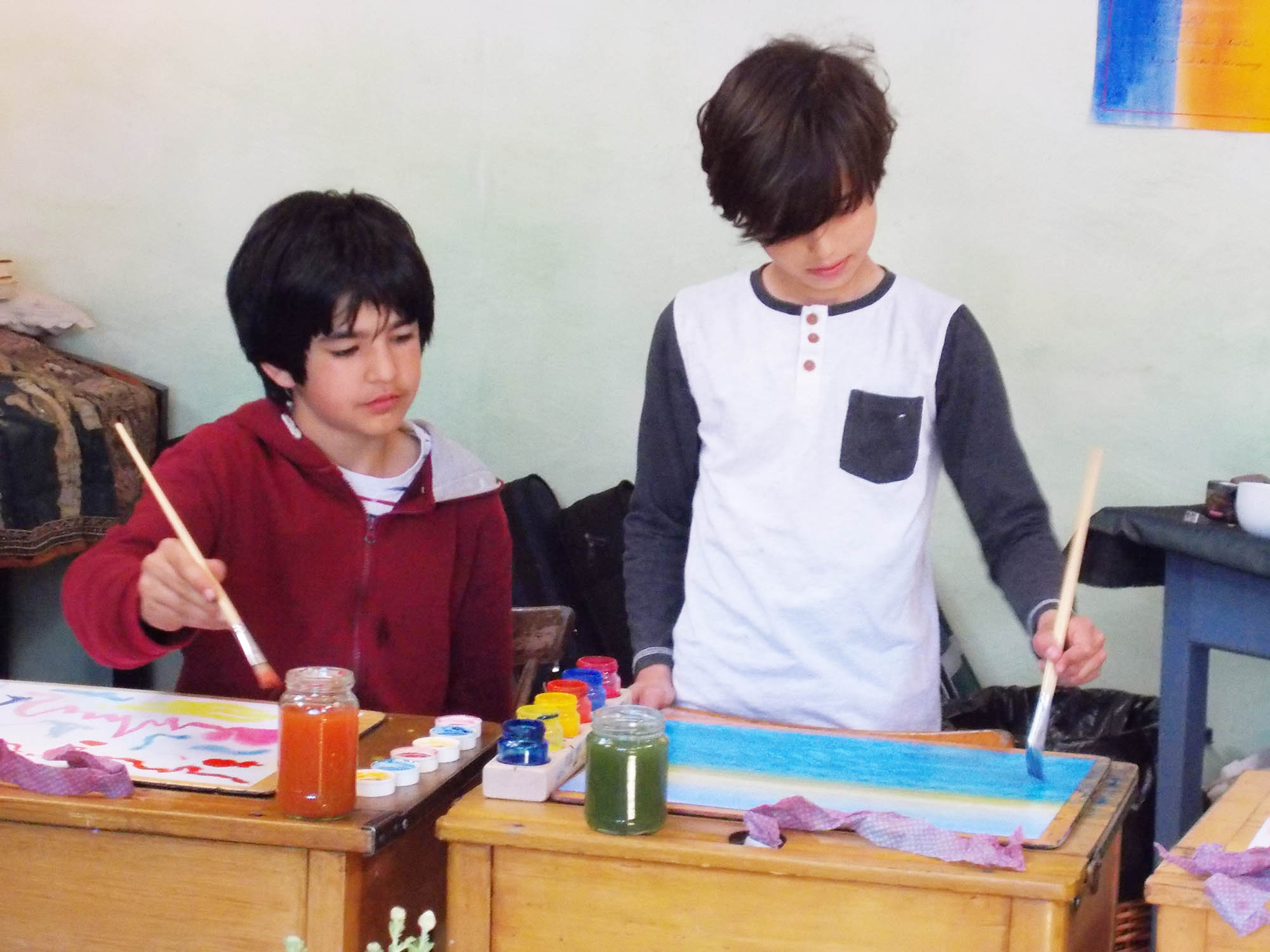 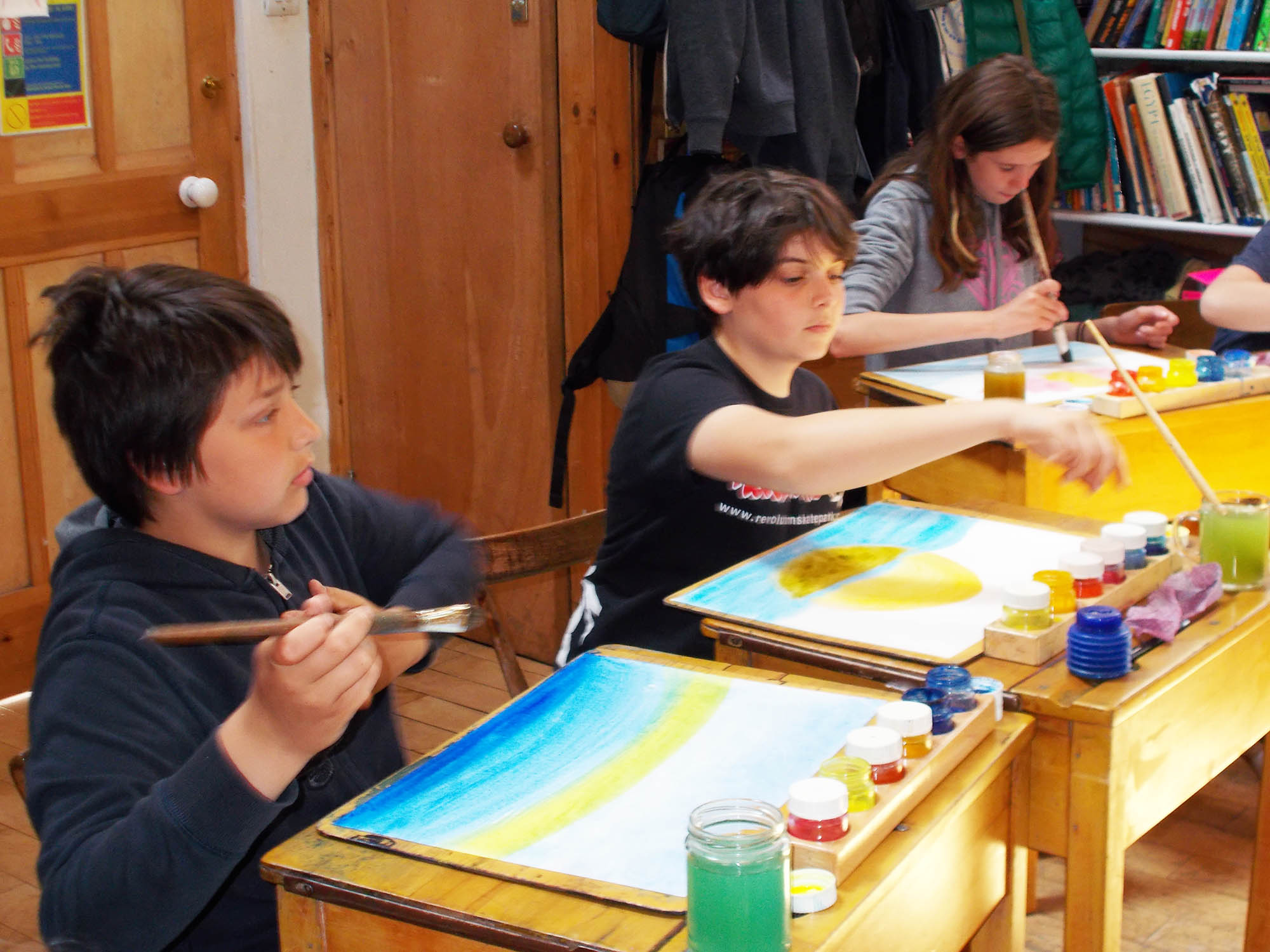 Many thanks to Elizabeth Perrett, St Paul’s Steiner School, and the children of Class 5