Sail Britain is working with scientists from the University of Edinburgh and charity WhaleWise on a marine acoustic monitoring project in the Western Isles, starting in 2022 and continuing into 2023 and beyond.

The aim of the project seeks to understand more about the diversity of species, the health of underwater ecosystems, and the impact of man made noise on them by analysing recordings from the hydrophone.

We welcomed the BBC onboard who captured some of the action and covered this groundbreaking project. The coverage was aired on BBC Scotland and nationally on BBC Two recently. You can see it on the BBC iPlayer here: 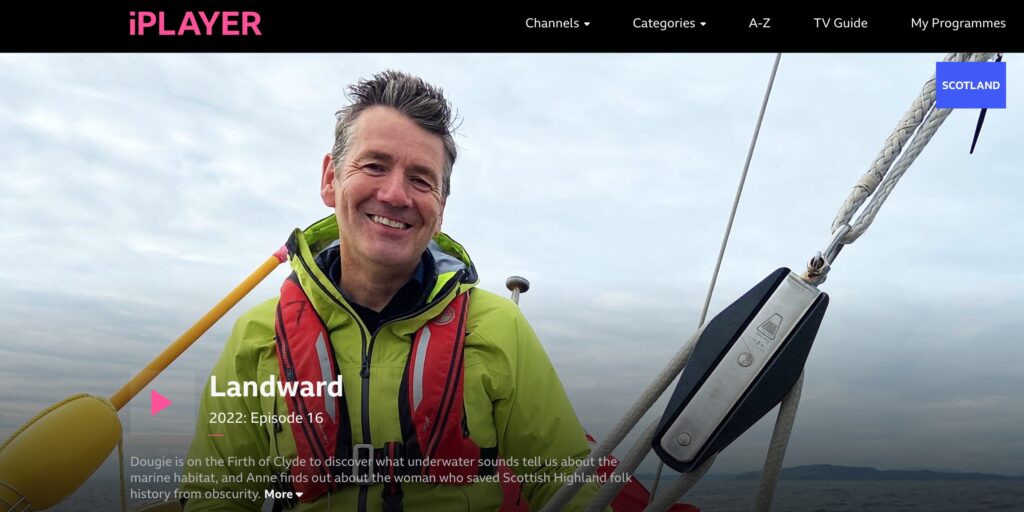 Coastal ecosystems are both identified and influenced by the different types and diversity of sound and an increasing human contribution to this soundscape. Anthropogenic noise pollution may limit an ecosystem’s ability to flourish or recover.

The research is being led by Dr Laurence De Clippele at the University of Edinburgh and PhD student Tom Grove. They said:

“We will use AudioMoths to record underwater soundscapes, logging what animals we can hear, from whales to fish and crustaceans. By answering these questions, we hope to inform more long-term monitoring in the future.”

Sail Britain is facilitating this research and our crews will be deploying the equipment and protocols over the coming seasons to build up a detailed acoustic data set. This both enables groundbreaking science, and engages our participants with this important ocean topic. Please contact us if you would like to hear more. 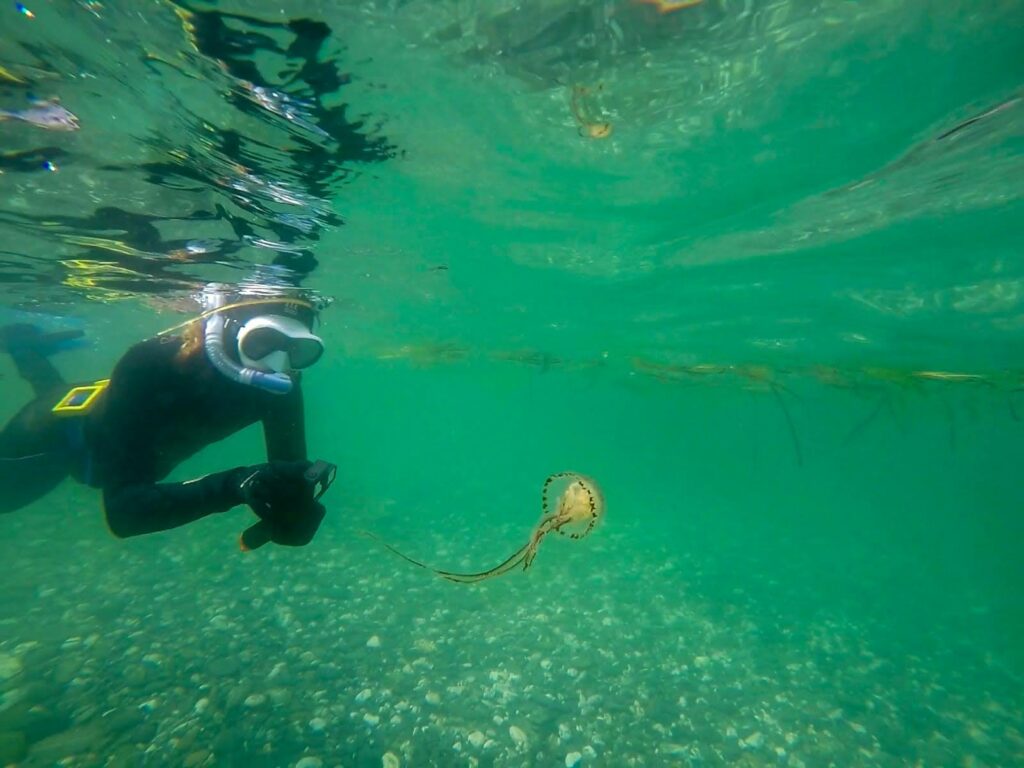 With the oceans facing unprecedented environmental challenges, it’s vital that we all play our part in their conservation. As sailors, we are in a unique position to do so. The sea is an inaccessible place, and conducting oceanographic research is logistically challenging and hugely expensive. By making research and citizen science an integral part of Sail Britain’s wider creative and cultural programme, we can facilitate projects which might be hard to do otherwise, and bring increased diversity to the project and the Sail Britain community, as well as inspiring people and increasing public awareness of ocean sustainability issues. As with all fieldwork, care must be taken to ensure that any results are both scientific and meaningful, so protocols are developed for each project on an individual basis in collaboration with project partners.

The seas around the UK have been subject to many environmental, climatic and man-made changes over the last few decades and this has an effect on the species which live in them. Those at the top of the food chain such as dolphins, sharks and whales often feel the greatest stresses. By recording sightings of these amazing creatures we can better understand their populations, distribution and conservation. We keep an active lookout for marine mammals and have been treated to some truly extraordinary experiences close at hand. We log our sightings for the Hebridean Whale and Dophin Trust to advance the understanding of resident and visiting species and help to protect them for future generations. 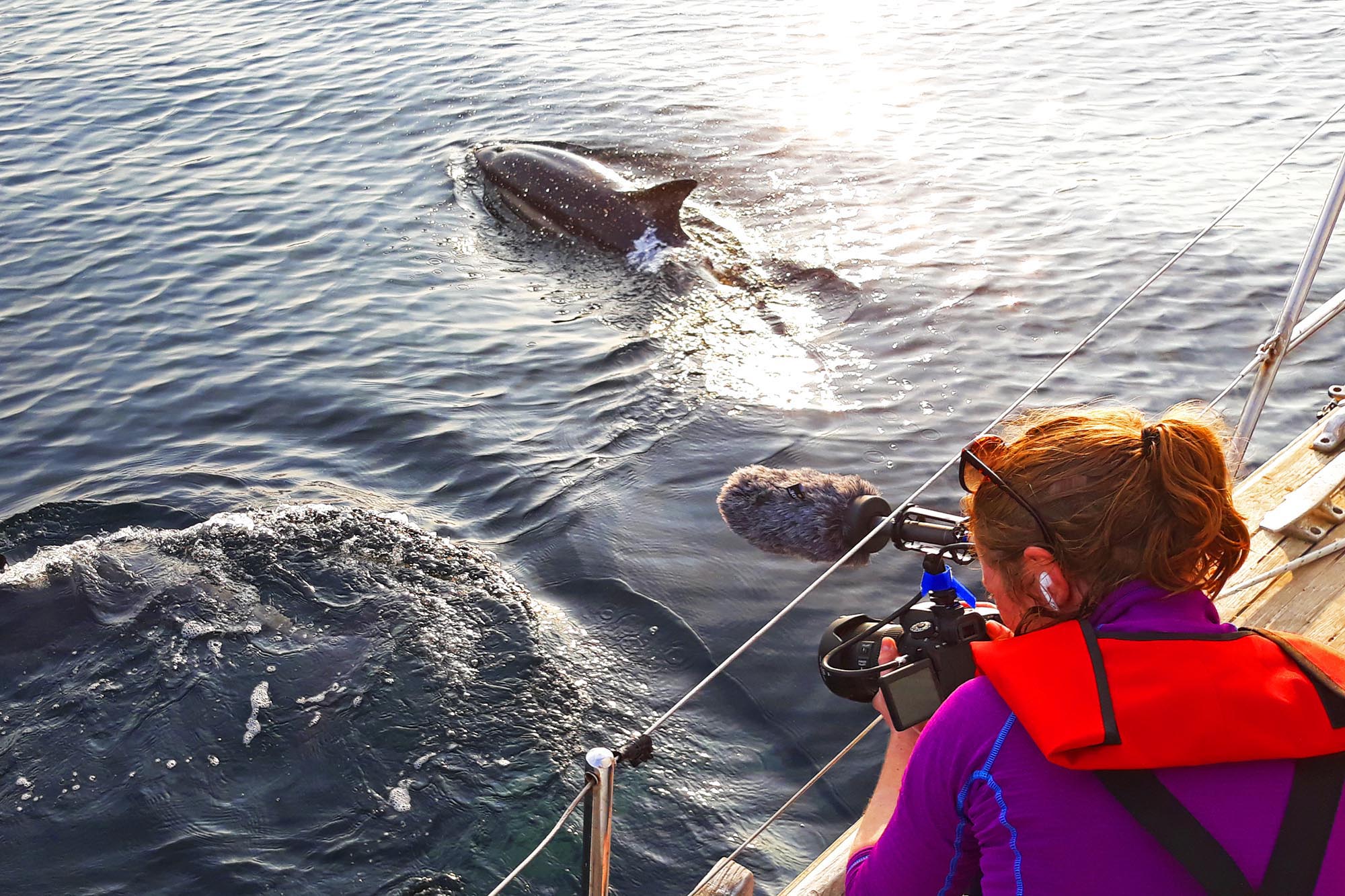 Plastic pollution is one of the more visible conservation issues facing the ocean. Go to any beach and you will see evidence of the estimated 8 million tons of plastic waste which enter the oceans every year. We carry a microplastics net and microscopes onboard to search for the tiny fragments not visible to the eye which are the result of the breakdown of larger pieces. We have carried out research with the University of Exeter on the distribution of microplastics in coastal waters, but a hugely important part of our mission is to allow our crews to learn about the effects of plastic in the oceans and see microplastics first hand. Seeing tiny coloured fragments come up out of a pristine ocean is a profoundly humbling experience and really hits home about the total extent to which plastic has permeated every ecosystem on earth.