Earlier in the year, my friend Elsa Hammond (author, editor and ocean rower) suggested I go the the Explore conference at the Royal Geographical Society. Explore brings together adventurers, environmentalists, scientists, those who love the great outdoors, and for the first time this year, artists, for an annual weekend of inspiration, expedition planning and networking, and a very exciting weekend it is too. Workshops, lectures and seminars range across a wide variety of disciplines from environmental conservation to expedition medicine, from the mountaintops of the Himalayas to the deepest depths of the oceans. The speakers and workshop leaders often have long experience in their field, but most of the delegates are new to exploration, or like me with the Sail Britain Coastline Project, embarking on the planning of an expedition or adventure.

One of the most difficult parts of setting up something like this is persuading yourself that you are able to achieve your aims, to lead people in a complex undertaking through challenging conditions with which they are not familiar, to succeed and produce something wonderful at the outcome. Quite apart from the interesting stories and presentations, Explore provided a huge amount of encouragement through meeting people who have set out on expeditions, and one way or another, not always to plan, have succeeded, learned through doing, and had a wonderful time in the process. It was a privilege to be able to discuss my project with polar explorers in the grandest sense and people expert in their field and to get such a warm reception to the idea.

It was particularly nice to see some workshops dedicated to ‘Artists in the Field’ at what is a rather science and fieldwork focused event. An artistic approach to wild places and the discovery of new things can add a wonderful dimension to exploration, not just as documentation, but as a new way of communicating findings to people who may not read or understand the specialist journals in which new research is often published. The wonderful photographs of Frank Hurley, expedition photographer for Sir Earnest Shackleton’s Imperial Trans-Antarctic Expedition of 1914-1916, spring to mind.

They tell the story of the extraordinary struggle for survival that Shackleton and his men had to overcome, (which they did against astonishing odds thanks to Shackleton’s leadership and sheer determination), but they are true works of art in their own right which show the raw and dramatic beauty of the Antarctic and go some way to explaining why people were and continue to be drawn to such an inhospitable part of the world. 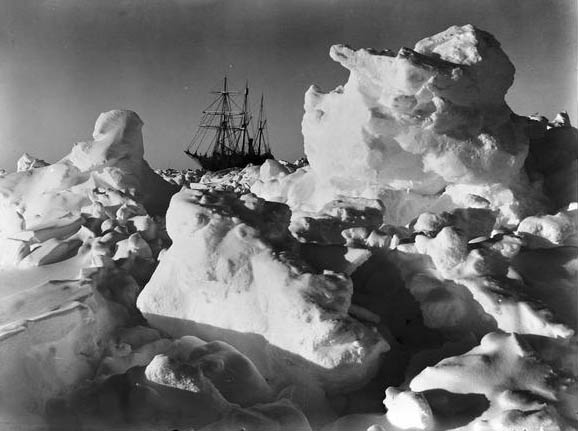 Putting my ideas out there at Explore and the excitement which they generated has given me a new energy for the huge amounts of planning, publicity and ultimately fundraising I have to do in the months ahead. And it has introduced me to many people who have contributed thoughts and ideas, and many also who are simply dying to be part of the journey!

The RGS is hosting an exhibition of Frank Hurley’s images from this expedition until the 28th February 2016 – http://www.rgs.org/WhatsOn/Exhibitions/The+Enduring+Eye+The+Antarctic+Legacy+of+Sir+Ernest+Shackleton+and+Frank+Hurley.htm