Today we will set off for the Norfolk Broads on the first chapter of the Sail Britain Coastline Project. Up until now, it has been an idea which has been growing in my mind for several years, fed partly by dreams of just setting sail, and partly by my very tangible adventures as a skipper with Cambridge University Yacht Club, an entirely student-run club which has achieved remarkable things. But today we have more than just the idea: we have a boat, we have a crew, and we have an appetite to explore. 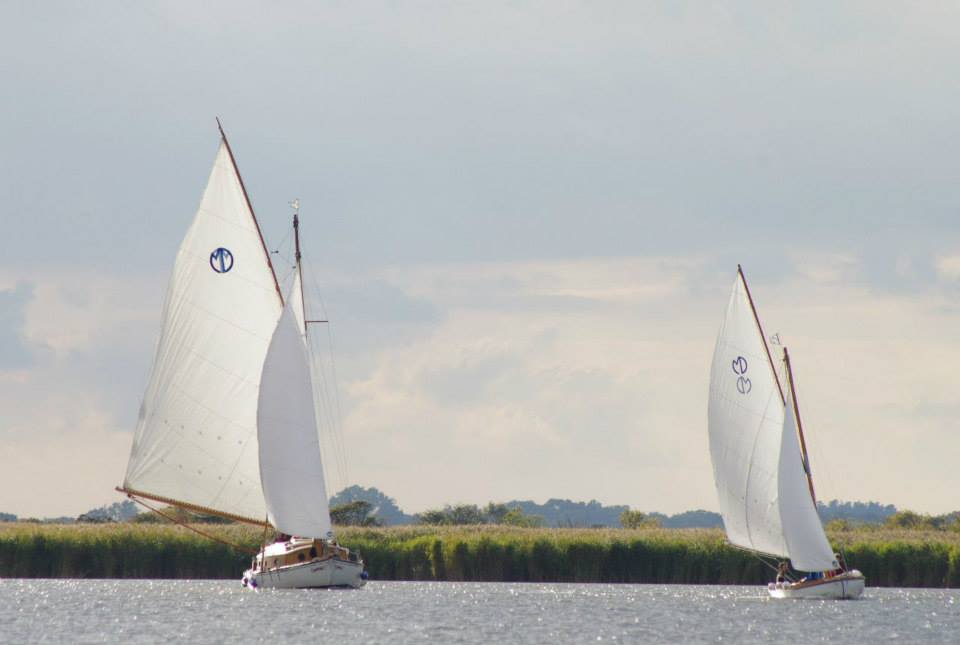 The participants have never met before, they are a varied bunch of talented people from different backgrounds and with different skills. As far as the trip is concerned, that is all we know. It is the essence of a pilot project. I have brought this crew together under a common idea, but I don’t know how they will interact, interpret that idea, what relationships will develop, or what work they will produce. Of course this is somewhat nerve racking to me, but it is precisely what I am after.

It would probably be naive to think that everything will go swimmingly; as far as I’m aware, none have been sailing before so at first their energy will be consumed in understanding this complex and wonderful contraption which is harnessing the power of the wind to carry us out across the water, when to duck your head, how to feel the balance of your bodyweight and it’s effect on the boat, and learning awareness of the wind direction in order to fill the sails. The first experience of sailing doesn’t leave much room to experience anything other than this, and it’s full of pitfalls, most of them involving the boom! But the intensity of this shared experience will almost certainly build a level of team spirit better than any other activity I have known. And that, I hope, will create a ripe ground for what comes next.